Adventure Theater Stage at the 2016 Great Valley Bookfest feature presentations will include:

Page-turners with a Conscience

History of the Future 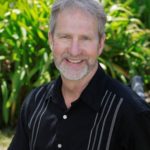 John Byrne Barry wrote his first book-length project in fifth-grade at Kilmer School in Chicago—a 140-page treatise on dinosaurs. (A page for each dinosaur. Lots of white space.) He’s been writing ever since—magazine and newspaper stories; political comedy; novels, plays, speeches, and jokes. He’s even written advice columns (Question the Authority and the Lazy Organic Gardener).
His first novel, Bones in the Wash, is one-part political thriller, one-part family soap, and one-part murder mystery. His second, Wasted, is a “green noir” mystery set in the Berkeley recycling world. He lives in Mill Valley, California. When he’s not writing, he leads bicycle tours in San Francisco. 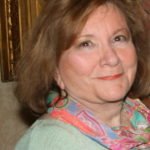 Michele Drier, born in Santa Cruz, is a fifth generation Californian. She’s lived and worked all over the state, calling both Southern and Northern California home. During her career in journalism—as a reporter and editor at daily newspapers—she won awards for producing investigative series. In addition to the San Jose Mercury-News, she was City Editor for the Lodi News-Sentinel, Executive Editor for the Manteca Bulletin, and Assistant Metro Editor for the Modesto Bee. Her Amy Hobbes Newspaper mysteries are Edited for Death, (called riveting and much recommend by the Midwest Book Review), Labeled for Death, and Delta for Death. Her paranormal romance series, The Kandesky Vampire Chronicles, won second place for best vampire series for 2014 by reviewers of the Paranormal Romance Guild. SNAP: The World Unfolds, SNAP: New Talent, Plague: A Love Story, DANUBE: A Tale of Murder, SNAP: Love for Blood, SNAP: Happily Ever After?, SNAP: White Nights, SNAP: All That Jazz , and SNAP: I, Vampire. Visit her facebook page, facebook.com/AuthorMicheleDrier, or her Amazon author page, amazon.com/Michele-Drier 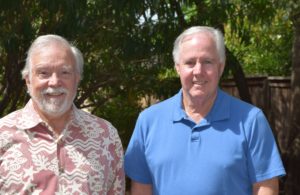 Steve Swatt is a Sacramento-based political analyst who spent twenty-five years in journalism in Los Angeles, San Francisco, and at KCRA_TV in Sacramento as an award winning political reporter. The Sacramento Bee once referred to his election commentary as “the best on local television.” Steve also was a partner in a statewide public affairs firm and taught political communication at California State University, Sacramento. He currently hosts Comcast Newsmakers, a political interview program that airs throughout the Sacramento And San Joaquin Valleys.

Jeff Raimundo is a public affairs executive and political consultant who has been the creative force behind numerous political and public affairs campaigns. Previously, Jeff spent twenty-five years in Sacramento and Washington, D.C., as an editor, reporter and political writer for the Sacramento Bee and McClatchy Newspapers. He has taught politics, communications, news and reporting and writing at California State University, Sacramento, and the University of California Extension Service. 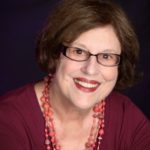 June Gillam is a poet, novelist, English professor at San Joaquin Delta College, and is active in several regional writing support groups. Gorilla Girl Ink has recently released House of Eire, Book Three in Gillam’s suspense series, set in San Joaquin County. Gillam explores social issues by way of characters faced with forces too big to handle. Her Hillary Broome series takes on effects of superstores on a small butcher shop owner in HOUSE OF CUTS, impacts of patriarchy on a woman in business in HOUSE OF DADS, and villainy of a theme park developer in Ireland in HOUSE OF EIRE. June welcomes readers to contact her at www.junegillam.com. 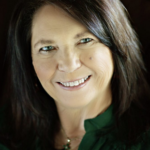 Born in Castlepollard, Ireland and brought to California at the age of five. Anne Biggs lived in California with her adoptive family, going to Fresno State University and graduating with a secondary teaching credential in English and also obtained a Resources Specialist credential from Fresno Pacific. She taught in both general education and special education classes for 25 years.  The grandmother to three amazing grandchildren, Anne feels so blessed to have the opportunity to watch them grow.
While teaching she continued to write, and after years of research she was able to return to Ireland, finding her birth-mother and learning her story. After a visit to Ireland and learning about her life, Anne knew she had to find a way to tell her story and let people know what these women experienced spending time in the mother-baby homes and  the Magdalene Laundries through out Ireland. Currently working on a sequel to The Swan Garden, she is editing her memoir, which is her story of the search for her origins in Ireland. 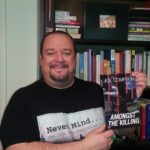 For Joe, writing has always been a passion. He was published at an early age with stories in anthologies and magazines across the world. Joe was in the Untied States Marines, and while there he wrote the 1st draft of “Amongst The Killing.” He moved to Denver after the Marines and got an agent who then got him a publishing deal. The deal didn’t work out, and soured by the experience, Joe shelved his work. 15 years later, Joe decided it was time to open his own publishing house, Never Mind The Fine Print Publishing. Their first offering was Joe’s “Amongst The Killing.” This year it will be followed up by the sequel, “We the Moral Majority.” 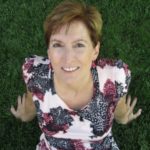 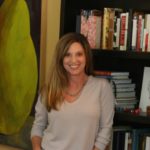 Lisa McGuinness is the author of Catarina’s Ring, Meaningful Bouquets,Caffeinated Ideas Journal and co-author of several children’s books, including the New York Times bestseller, Bee & Me. Her love of all things Italian began with her mother who taught her to make the perfect pasta al dente and to enjoy the pure pleasures of Italian peasant food. She has passed many wonderful days meandering around Italy, but lives in Northern California with her husband and two dogs now that her children have flown the coop. 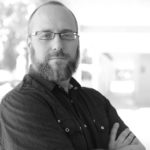 J. Daniel Batt is an editor, writer, and designer. He serves as the Creative and Editorial Director for the 100 Year Starship and is the founder and organizer of the annual Canopus Award for Excellence in Interstellar Writing. His novels includeYoung Gods and Dreamside and his short fiction has appeared in Perihelion, Bastion, Bewildering Stories, A Story Goes On, and other periodicals. He’s most recently edited the science fiction anthology Visions of the Future published through Lifeboat Foundation. He lives in California, where he has had firsthand experience with its weirdness.