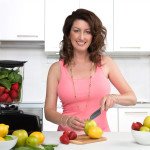 MICHELLE SAVAGE browsethegreenaisle.com Michelle Savage (b. 1970) is a graduate of West Valley College, Saratoga, and resides in Manteca, California. She is a freelance court reporter, health coach, and the author of The Green Aisle’s Healthy Smoothies and Slushies. After continual struggles with medical issues and being overweight, a major lifestyle change was in order. By eliminating processed foods, dairy, soy, and sugar, along with intense research and experimentation, she discovered that the essence of eating begins with the art of food.  Nothing is more important than eating clean and healthy. Savage is now at her ideal weight, with no medical issues, and is dedicated to inspiring others to invigorate their health by sharing empowering information and deliciously enticing recipes. No matter your individual or personalized diet—every recipe featured is all natural, dairy-free, soy-free, sugar-free, and gluten-free with key ingredients containing essential enzymes that help the body fight off free radicals; plus informative topics to help readers better understand why this approach to dieting is beneficial! Michelle is now in the process of creating a healthy cookbook, which will be published in 2016, that will include healthy recipes from around the world—and yes—healthy pizza, too! 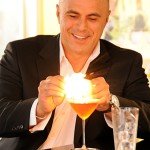 TONY ABOU-GAMIN themodernmixologist.com Over the course of the past two decades, Tony Abou Ganim has earned his repuation as one of the leaders in the craft cocktail movement. Through his work with food and hospitality legends, he is known as the Modern Mixologist: someone bringing the tradtional art of mixology into the 21st century for the benefit of the new generations. He has done this in his two must have books featuring terrific recipes and gorgeous photography. 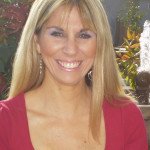 GINA MEYERS ginameyers.com I love food, I love to cook, and I love sharing my unique themed cookbooks with the world. I have often been asked, “How do I make a recipe gluten-free?” “What can I substitute for buttermilk in a recipe?” “What type of wine goes with fish?” “Which one of your cookbooks will work for large crowds, Senior Citizens, Cooking for Two People, Singles, and College Student’s, etc.?” Before I knew it, I was writing cookbooks. I am the type of woman who gardens in her heels, buys fancy aprons, but never ends up putting them on  except for photo shoots, and the type of woman who allows my children to experiment in the kitchen and quietly cleans up after them. I am best known for my Twilight Cookbook, Love at First Bite. It was mentioned on the hit NBC Show, The Office. Character Kevin Malone tells a pregnant Pam, “I cooked my way through the Julia Child’s Cookbook, now I am cooking Edward Cullen’s Cornflake Chicken from The Twilight Cookbook.” Twilight Star, Kellan Lutz, went nuts over Gina’s Twilight Tribute Punch secret ingredient: gummy worms. I am also known for my popular culture television trivia and cooking expertise books related to Harry Potter and the iconic television show Bewitched, and I am the proud winner of the prestigious Gourmand International Cookbook Award for Best Charity Cookbook in the world, Hope For Haiti. 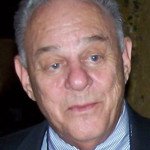 MIKE BURWEN amazon.com/Easy-Gourmet-Recipes-Frugal-Cook Mike Burwen, although raised in New England, has lived in California for decades. A retired high-tech industry consultant, he is an avowed foodie and life-long amateur cook. He traveled the world for 40+ years collecting recipes (bribing chefs and waiters) that form the core of his cookbook, Easy Gourmet Recipes for the Frugal Cook. 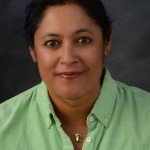 MEERA KLEIN meeraklein.com Award-winning author, Meera Ekkanath Klein, deftly weaves her love of cooking and story-telling into an irresistible tale.  My Mother’s Kitchen: A novel with recipes (2014, Homebound Publications) was selected as a Finalist in the 2015 Beverly Hills International Book Awards in the Multi-Cultural Fiction category. She was one of 40 authors at the celebrated 2015 Authors on the Move fundraiser for the Sacramento Library Foundation dinner and auction.  She was featured on Capital Public Radio on April 2, 2015 and interviewed by host Beth Ruyak. She has participated in the Local Author Festival at the Sacramento Library and will be a presenter at the Great Valley Bookfest in October. A former newspaper reporter and columnist, Klein honed her writing skills in a busy newsroom. She mastered the art of Indian cooking in her own mother’s kitchen in the beautiful Blue Mountains or Nilgiris of south India. Klein currently lives in northern California and is completing a sequel to My Mother’s Kitchen, as well as a YA book based on Indian legends and mythology. 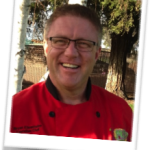 BRYAN EHRENHOLM
Bryan Ehrenholm’s passion is food; fresh, healthy, and tasty food. When asked what his favorite thing about food is he said, “good food is a lifestyle not just something to eat.” Chef Bryan has worked in the food industry since he was a junior high kid employed in the school cafeteria. He received his culinary training at Columbia College, in Columbia, CA and holds a Bachelors of Business in Hotel Restaurant Administration from the University of Denver, Denver CO. Bryan has worked in a variety of areas within the food industry including Director of Food and Beverage for Marriott Hotels, Corporate Chef for Williams-Sonoma Inc., and works as a chef consultant for the California Lamb Board. For 14 years he was the creator/proprietor of Pure Joy Bakery and The Lunch Pail in Modesto, CA. Pure Joy Bakery was famous for their handmade pies. He has had 14 pies named Best in American at the APC Crisco National Pie Bake-off in Florida. Two pies have been named Grand Champion, meaning the best overall pie in the United States. In 2012, Chef Bryan won the California raisin category with the Rasin’ the Roof pie.  He was featured on the Food Networks, The Challenge in September 2009. Chef Bryan recently participated in a local Iron Chef completion and was named Best Chef in Modesto in 2010. In 2010, First Lady Michelle Obama and the Department of Health sponsored a Healthy Kids recipe contest for the schools across American. One requirement was to have a volunteer chef as a member of each school’s team. The team Chef Bryan volunteered for won first in their category of Side Dish. They were one of three teams asked to compete for the best in the nation at the Culinary Institute of American in Texas. Though they came in second that day, a relationship with the Manteca School District was established.  2012 brought with it the unexpected and unique opportunity for Chef Bryan to become the Executive Chef for the Manteca Unified School District. Here he is in charge of the healthy recipe development for the school district and he also teaches for Manteca Unified School District Be-Tech Academy’s Culinary Program.