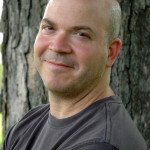 Brad Herzog is the author of more than 30 books, including dozens of books for children and a trilogy of travel memoirs that the American Book Review has deemed “the new classics of American travel writing.” In 2014, he co-authored My Mantelpiece, the memoirs of the late civil rights icon Carolyn Goodman, mother of “Mississippi Burning” victim Andy Goodman. The book includes a foreword by Maya Angelou, her last words published during her lifetime. In 2015, he wrote The Presidents, an amazingly illustrated coffee table book about the first 43 commanders-in-chief. As a freelance magazine writer, Brad has been honored several times by the Council for Advancement and Support of Education (CASE), including a Grand Gold Medal for best feature article of the year. As a speaker, he has presented a popular TEDx talk about “Catching Creative Ideas.” Finally, as a blogger, he posts periodic “rankings of everything literary”—from 98 words invented by Shakespeare to 19 science fiction predictions that came true (thewhynot100.blogspot.com). 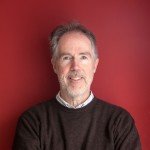 Robert Dawson has been awarded a Guggenheim Fellowship (2014), a Creative Work Fund grant (Haas Foundation), a Graham Foundation grant, a National Endowment For the Arts Fellowship, and a Dorothea Lange-Paul Taylor Prize. His publications include: The Public Library: A Photographic Essay (Princeton Architectural Press, 2014); Robert Dawson Photographs (Gallery MIN, 1988); The Great Central Valley: California’s Heartland (University of California Press, 1993); Farewell, Promised Land: Waking From the California Dream (University of California Press, 1999) and A Doubtful River (University of Nevada Press, 2000). He was founder and co-director of the collaborative photographic effort “The Water in the West Project.” Mr. Dawson’s photographs are in the collections of the Museum of Modern Art, New York; the National Museum of American Art (Smithsonian Institution); the Center for Creative Photography, Tucson; the Library of Congress; and the San Francisco Museum of Modern Art. He is currently working with his wife Ellen Manchester on a photographic survey of literacy efforts in Stockton and the surrounding San Joaquin County. He is an Instructor of Photography at Stanford University. Dawson received a B.A. from the University of California at Santa Cruz, and an M.A. from San Francisco State University. To view examples of his work, please visit robertdawson.com. 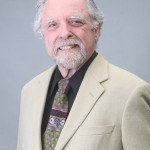 After returning from a 40-day silent retreat in the Himalayan Mountains he authored, “Naked Before God,” Your True Self,” and “Mind-Body Illusions” published by Himalayan Path yoga magazine, YES Publishers. Richard has more than thirty-four years of sobriety and experience with mentors, novices, and yoga masters in the science of emotional mastery. Richard is the founder and current director of the Yoga Health Institute in Modesto, California. 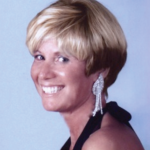 University of San Francisco graduate and author, Dr. Kristine Setting Clark was a long-time feature writer for the San Francisco 49ers’ and Dallas Cowboys’ Gameday Magazine. A gifted athlete in her own right, physical education teacher, wife, mother, and later, a high school administrator and college professor, Dr. Clark has never let anything stand in the way of her goals; not even a life threatening bout with Hodgkin’s Disease, blindness in both eyes for ten months, and the resulting partial blindness, at age 26. Her passion for life, her incredible optimism, and her drive to live life to the fullest has endeared her to her former students, friends and to those on whom she’s written, including her childhood football idol and close friend, Bob St. Clair of the San Francisco 49ers. Released in July 2014 is her latest book, The Fighting Donovans – A family history of world boxing champion and Hall of Fame boxer, Mike Donovan, world champion boxing referee and Boxing Hall of Fame referee Arthur Donovan, Sr. and former Baltimore Colt defensive tackle and Pro Football Hall of Fame member, Arthur Donovan, Jr. In the summer of 2015 her book on Football’s Fabulous Fifties – When Men Were Men and the Grass Was Still Real, will be released by St. Johann’s Press. 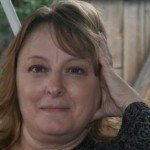 Melissa Carson, a resident of Northern California has two young adult children: a son, Michael, a United States Army Veteran and a daughter, Cori, who has cerebral palsy. Melissa is a published poet and an active member of the National Transportation Defense Association, San Joaquin Valley Chapter. She is also a former member of the American Society of Military Comptrollers. She loves to travel on weekend getaways to the Ocean, advocating for children and young adults with special needs. Her book “Surviving Life through Faith Hope & Love” has and will continue to inspire and help parents and caregivers to never give up hope. Melissa has been a guest speaker to many events to advocate her book. She has received much positive response from the inspiration she offers to other parents. Her motto is: “Life is about Quality not Quantity”, so give to your child the Quality of life she/he requires rather than the Quantity. Her heritage is from Newfoundland, Canada and the United States.”Surviving Life Through Faith, Hope, and Love” has been accepted by Spring Arbor for distribution to Christian Bookstores. www.amazon.com/Surviving-Life-Through-Faith-Hope/ 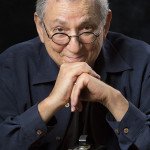 Bill Aron’s photographs have been exhibited in major museums and galleries throughout the United States and Israel, and have also appeared in a wide variety of publications. They are also found in numerous public and private collections, including the Museum of Modern Art in New York. Aron gained international recognition for his first book, From The Corners Of The Earth, which chronicles the Jewish communities of the former Soviet Union, Cuba, Jerusalem, New York and Los Angeles, and was published, with an introduction by Chaim Potok, by The Jewish Publication Society. Algonquin Books published a second volume, Shalom Y’all: Images of Jewish Life in the American South, with an introduction by Alfred Uhry. His most recent book, New Beginnings: The Triumphs of 120 Cancer Survivors, focuses on survivors who have not let their diagnosis prevent them from living their lives to the fullest; in many cases, the diagnosis has served as an impetus to better their lives. Aron lives in Los Angeles with his wife and two sons, where he is most likely the only photographer with a Ph.D. in sociology. A selection of his work can be seen on his web site, www.billaron.com. The Pucker Gallery in Boston represents him. 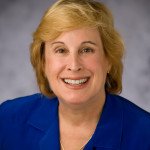 Denise P. Kalm is the Chief Innovator at Kalm Kreative, Inc., and a board-certified career coach with DPK Coaching. Her 30+ years in IT inform her work in both marketing and coaching. She is a published author in both the IT world and outside, and a frequently requested speaker. Her three books, Lifestorm (fiction), Career Savvy – Keeping & Transforming Your Job, and Tech Grief – Survive & Thrive Through Career Loss (with Linda Donovan) are available on all book and e-book sites. Her next book, “First Job Savvy,” will help people who are entering the work world more quickly and easily find jobs they can love. 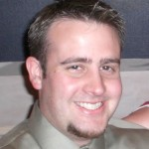 Steve Jesus is a musician, author, and iOS developer from northern California. He has 18 years of experience under his belt playing the guitar and studying music. Through the years he has been involved with several different bands and even got a little radio airplay with the Joe Steele Band. On top of that he’s studied music at Delta College in Stockton and Sacramento State. As a former teacher he has always enjoyed sharing what he has learned with others. In 2013, he wrote his first book, Guitar Theory for Slackers. In 2015 he developed his first iPhone app called “Shred Monkey.” 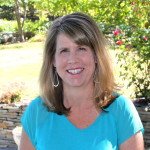 Stacey Gustafson is an author, humor columnist, and blogger who has experienced the horrors of being trapped inside a pair of SPANX. Her blog, Are You Kidding Me? is based on her suburban family and everyday life. Her short stories have appeared in Chicken Soup for the Soul and seven books in the Not Your Mother’s Book series. Her work appears in Midlife Boulevard, Erma Bombeck Writers’ Workshop, Pleasanton Patch, Lost in Suburbia, Better After 50, and on her daughter’s bulletin board.
She lives in California with her husband and two teenagers that provide an endless supply of inspiration. She writes about parenting and daily frustrations, like her dislike of the laundry, self-checkout lanes, public restrooms, Brussels sprouts, roundabouts, and being middle-aged. Her book, Are You Kidding Me? My Life With an Extremely Loud Family, Bathroom Calamities, and Crazy Relatives ranked #1 Amazon Best Seller in Parenting & Family Humor and Motherhood, available on Amazon and eBooks. Visit Stacey at StaceyGustafson.com or follow her on Twitter @RUKiddingStacey.