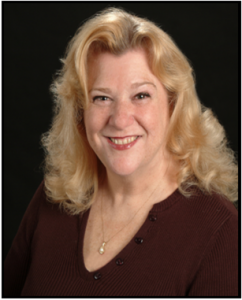 Carol Davis believes that everyone should strive to make a positive difference in the life of a child.

For her own work with children and youth, she was recently honored by the leaders of the Great Valley Bookfest, who presented her with their Literacy Hero Award.

In the year 2000, after a 20-year career working for Kaiser Permanente, Davis retired to join the staff of Give Every Child A Chance (GECAC), where she could pursue her dream of changing lives by helping children succeed in school.

She devoted the next sixteen years to her role as President/CEO for GECAC, and under her leadership, the program expanded dramatically. Starting with a budget of $89,000 in 2000-2001, she organized an endless variety of fundraising events, so that by the time she retired in 2016, the program budget had increased to just under $2,500,000.

Davis worked hard to ensure that the money was spent wisely, increasing both the quantity and the quality of the programs. In 1998, GECAC offered services to just 69 youth; during the 2014/2015 school year, the program served over 4,500 students.

Davis has also supported literacy and youth programs in many other ways. She served on the Board of Directors for Manteca’s Boys and Girls Club from 1997 through 2004. She was a founding member of Manteca Unified Student Trust. She has been an active member of the Manteca Sunrise Kiwanis Club for 15 years, and she has volunteered at River Island Technology Academy since 2016, working in the classroom with students who struggle with reading.

She was also one of the founding committee members for the Great Valley Bookfest, helping to create and manage the annual bookmark design competition, organizing the catering for the annual author’s reception, and assisting at the Bookfest information booth.

“It’s been seven years since Carol Davis was recognized by California leaders,” commented Melissa King, who chairs the award committee. “We think it’s time for her to be recognized and thanked by the large community of nonprofit program leaders and volunteers who have been supported and inspired by this hardworking Literacy Hero.”