For all poetry lovers!

Featured poets will read from their works focusing on  Poems and Sad Things, Confessional and Modern Poetry, Aardvarks? No Aardvarks here!, Writing our Truths, River of Words, Working from an Upcoming Manuscript, Slam Poetry by WOW and Open Mic. 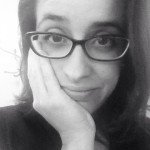 Elizabeth Sousa was born and raised in the Bay Area, but since 2008 has made a home in the Central Valley. She is an insurance agent by trade, a poet at heart, a Type One Diabetes advocate, and the mother of a 10-year-old super hero in the making. In 2010 she was humbled to compete in Modesto’s coveted annual poetry slam invitational. The III List 7, and was a regular at SLaM on RyE before it closed its doors in 2012. Elizabeth’s poetry has been published in Collected Whispers and More Than Soil, More Than Sky: The Modesto Poets. 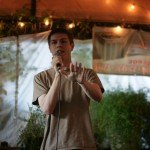 James Weaver is poet who has been published in two issues of Penumbra (2012 and 2015) and Collision: The Intersection of Poetry and Photography (2015). Some of his performances include performing at SlaM on RyE, Berkeley’s Poetry Slam and the Queen Bean of Modesto. He was also a judge at InkSlam in Los Angeles. He is currently working on his first chapbook. 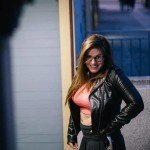 Sage Curtis is currently an MFA candidate in poetry at University of San Francisco. Her work has been published in literary journals such as burntdistrict, 34th Parallel, Perceptions Magazine, Caesura, Garbanzo Literary Journal, Deep Water Journal and others. She spends her days as a content writer and her nights writing poetry (or living experiences to write about). Keep up with her work at sagedaniellecurtis.wordpress.com. 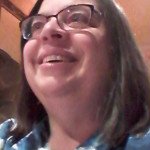 Patricia Wentzel has been writing poetry and prose for a year now. She has been published in Consumnes River Review, Neutrons Protons, The Light Ekphrastic, Petite Hound Press, Brevities, Poetry Now and Medusa’s Kitchen. She lives in Sacramento with her wife and teenaged twins, two cats and a dog. She is grateful to members of the Sacramento Poetry Center and the Women’s Wisdom Art poetry circle for their enthusiastic support. 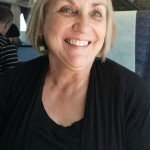 Monika Rose, writing in the Mother Lode foothill region of Calaveras County, California, edits a Manzanita series of anthologies with a new anthology released in Nov 2014 called Wine, Cheese and Chocolate: A Taste of Literary Elegance from Manzanita Writers Press, a nonprofit literary publisher, which she founded, serving as director and editor. She teaches college English as adjunct at San Joaquin Delta College, with a Masters Degree in English, and lives in the foothills of Calaveras County where her husband operates a small cattle ranch. She has been published in Tule Review, Rattlesnake Review, Poetry Now, Mindprint Review, Squaw Valley Review, The Journal, Refrigerate After Opening, Mokehillion Review, Your Daily Poem, and Yosemite Poets, among other publications, with a collection of poems, River by the Glass, by GlenHill Publications. She is writing a humorous thriller based on voyeurism and surveillance and is working on a historical novel based on her parents’ WWII stories in Europe. Contact her at www.manzapress.com or at her web site www.monikarosewriter.com 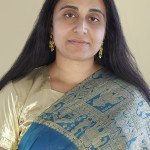 Rhony Bhopla was born in London, and raised in Northern California. She is a writer, educator, and activist. Her poetry has been published in the Bay Area’s Tea Party Magazine, Medusa’s Kitchen, Tule Review, Poetry Now, Tiger’s Eye, Brevities, as well as Sacramento Voices 2015. Her recent feature includes a collaborative reading hosted by Davis Poet Laureate Andy Jones at the John Natsoulas Gallery, Sacramento Poetry Center, and the Nello Olivo Wine Cellar Poetry Series in Placerville. Rhony’s new chapbook, Ceremony, is a compilation of heritage-based poetry that makes vivid those things too small to be seen, yet too large that cannot be missed. 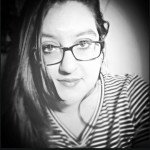 Cristina Sandoval is from Modesto, CA, where she has lived most her life, at times despondent, but always happy to have Mr. T’s Donuts right around the corner. Her passion for writing began at the age of 11, however her discovery of poetry, just one short year ago, is what ignited a renewal in that passion. She has been published in Penumbra, and The Snail Mail Review. She won first place for poetry in Modesto Junior College’s Celebration of the Humanities in 2015.